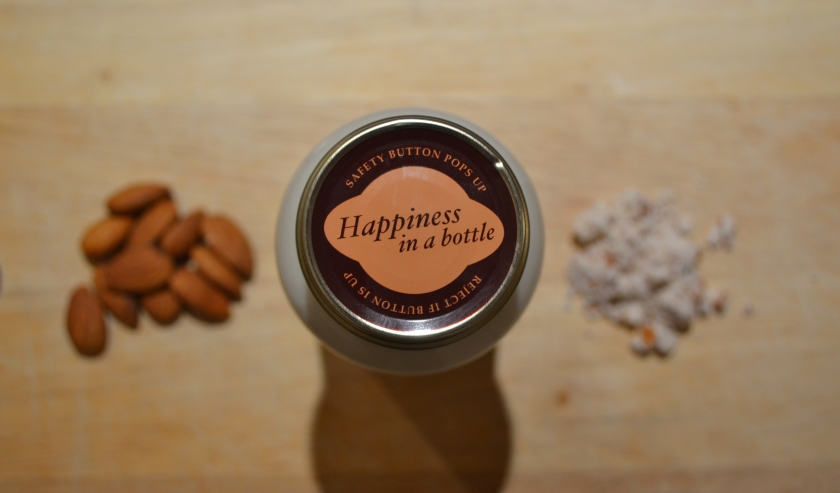 So I’ve decided to start writing blog posts in English instead of Norwegian. Chances are that the Scando’s still are capable of reading English more than the other way around. This is not my first language though, so I’m warning you that there will be some spelling mistakes and weird phrases going around at times.

What I really was trying to say is that her tea smelt like anise. Close enough I though, but apparently not. Just a little warning for my lovely readers out there.

Since the last blog post I’ve had my tonsils removed and I have been so drugged down the last couple of days that I could not keep my eyes open for more than two minutes before going to sleep again. I feel a tiny bit better now, so I thought I would tell you about the awesome almond milk I made here the other day before the surgery, and what yumminess I used the left over almond flour for. Spending all day in bed not being able to talk much is actually quite boring, even though it’s great to catch up on beauty sleep after a rather hectic semester so far.

I got introduced to almond milk by Steve a couple of years ago through his love for smoothies, however we’ve always bought almond milk from the super market until recently. Very inspired by the Subiaco Farmers Market and couple of good documentaries we’ve watched lately (check them out: «Fed Up» and «That Sugar Film») I wanted to make the milk from scratch to decrease amount of sugar and to have full control over the ingredients. Home made almond milk lasts for about 5-7 days while the almond milk from the shops last for about a year. That’s scary I reckon. However almond milk doesn’t have as much calcium or protein as normal milk, but it’s an excellent alternative to cow’s milk for those who are intolerant or prefer dairy free and it’s very easy to make!

You will need to soak the almonds in water over night before you can start making the milk. If you’re in Australia or other countries that use chemicals in the water, make sure you’re using filtered water for the best end result. I usually soak the almonds in my biggest baking bowl and cover the bowl with foil over night. When the almonds have soaked over night, you get rid of the water they’ve been soaking in and you are now ready to make your very first homemade almond milk!

You will need:
4 cups of almonds
12 cups of filtered water
1-5 dates (depending on size)
Pinch of salt
Strainer
Tea towel
Keep in mind that above is just recommended amount, as this amount of almond milk fits my blender perfectly. It doesn’t matter how many cups of almonds you use, as long as the almond-water ratio is 1/3. That is: 3 cups of water for ever 1 cup of almonds. 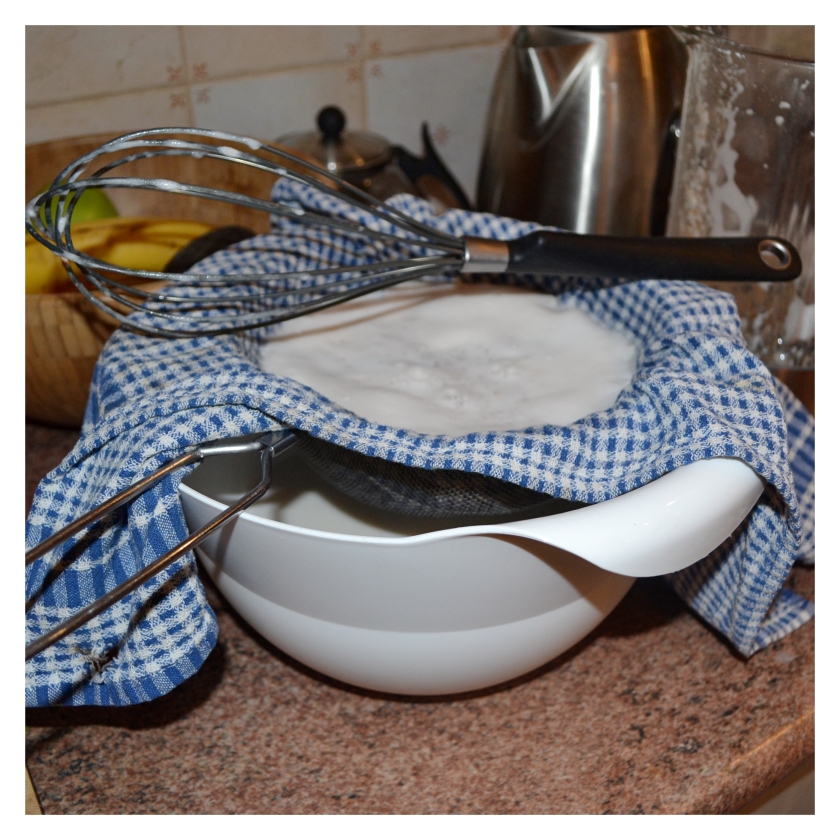 When you’ve blended the water and almonds for a minute or so, it’s time to filter the milk from the almonds and dates which is now turned into a paste in the bottom of your blender. Use a strainer that is covered with a tea towel to make sure no little cheeky bits of almonds get into the milk. This also makes it possible to really squeeze all the liquid out from the almond paste and you will be left with the most amazing almond flour which is great for baking cookies or making healthy protein balls. I made some kick ass protein balls of my left over almond flour which I will tell you about tomorrow, as my painkillers just kicked in and I’m off to dreamland.